La [Re]constitución de los Andes shows how the cultural, economic and environmental issues of copper mining can be reinterpreted and reversed in light of the current socio-political situation in the territory known as Chile. By recreating the electrochemical processes used to purify the stones in the pits, a new form of copper ore aggregates into crystalline formations that undermine both our notions of nature and artifice, magic and reason, oppression and resilience. A rusted metal structure supports a large glass vessel filled with copper sulphate. At the bottom of the container, a few cents have been thrown. A circuit comprising a battery and an amperometer pulls the copper particles covering the coins into an electronic flow towards a large copper tube, also immersed in the solution. Slowly, all around the metal tube, crystalline formations materialise. Once harvested and left to react with the salty water surrounding the installation, the particles mineralise in a verdant colour, evoking the natural appearance of the orebodies that constitute the Andes Mountain Range. 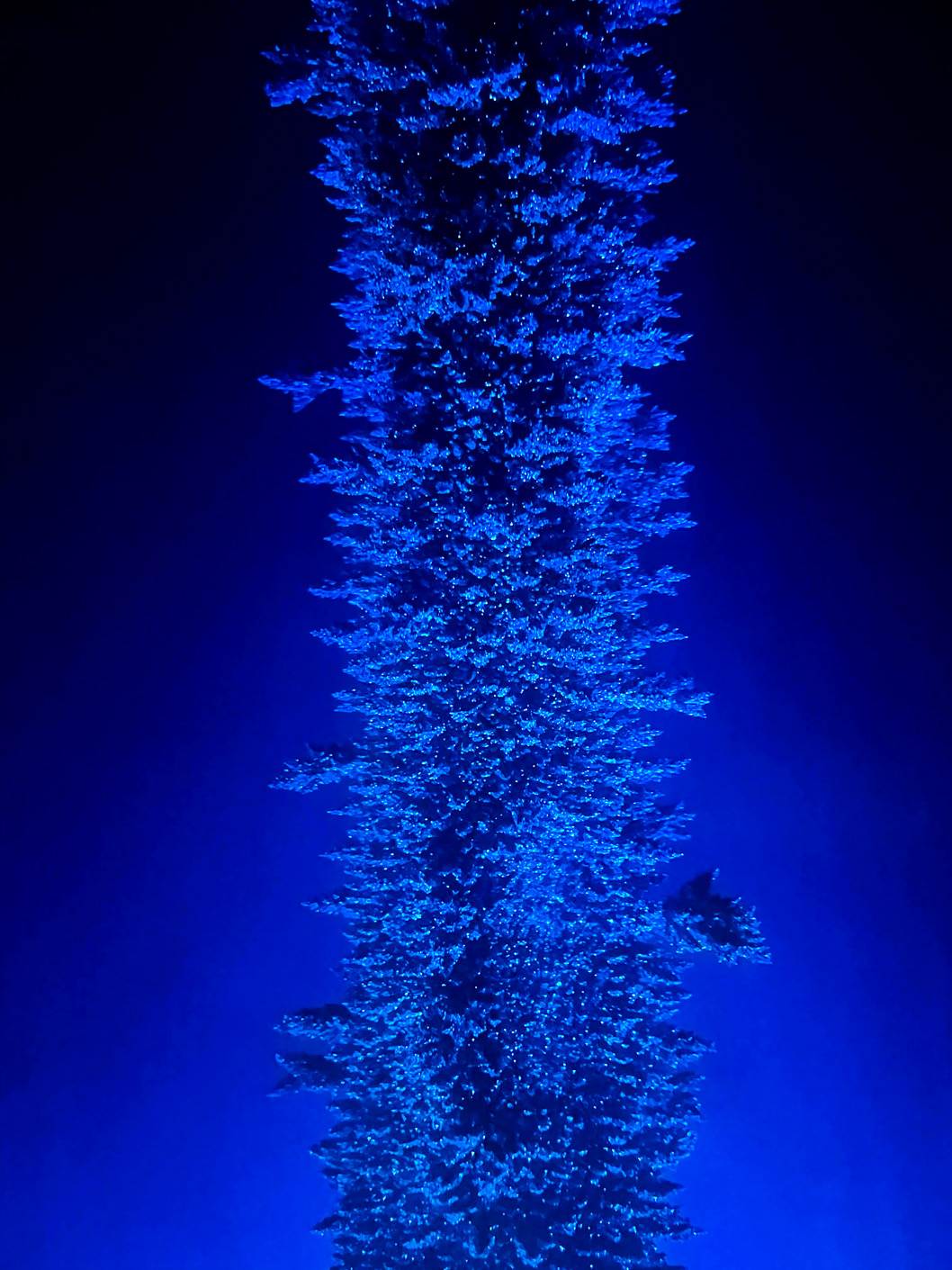 Carlos Sfeir’s practice is inspired by his interests in magic, science, territory, and cultures. He strives to build new bridges between human perception and natural phenomena. He believes art is a tool for questioning our certainties, discovering new meanings of nature and decolonising ourselves from ageing preconceptions. Sfeir’s work ranges from sculpture, painting and installations, and is marked by a continuous dialogue between memory and experimentation. The data, objects and phenomena observed in the field research, which forms the basis of all his work, are constantly being recreated, intertwined and challenged in the subsequent studio manipulation. Not constrained by the urge for completeness that often drives the artist’s actions, Carlos Sfeir’s works are rather interactive prototypes. Without finiteness, but alive and imperfect, they invite people to be accomplices in processes of uncertain outcomes, embracing the unexpected instead of fearing it.